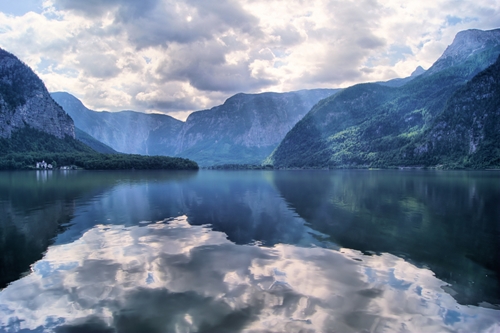 Laser scanning has long been used by land surveying professionals to accurately measure properties and natural environments, but land surveyors, researchers and laser scanner operators need to be careful about temperature and environmental hazards when scanning sites. Mapping extreme terrain can be hazardous for both people and 3D laser scanning equipment if professionals don't protect themselves or the equipment from severe temperatures and precarious topography. However, laser scanner manufacturer Leica Geosystems' French division and land surveyors recently braved the bitter environment of Mont Blanc, the highest peak in Europe, to scan the mountain's ice cap, according to Vision Systems Design magazine.

Scanning a peak
Terrain at high altitudes have been mapped by laser scanners in the past. For instance, researchers from the Center for Advanced Spatial Technologies, the University of Pennsylvania and the Museum of Archeology and Anthropology charted part of the Andes to map Machu Picchu. In addition, Mount Rushmore was scanned for educational, multimedia materials to inform tourists and the public about the site. However, Mont Blanc's ice cap has never before been scanned.

The Mont Blanc mapping team consisted of land surveyors, technical professionals, guides, a photographer and a cameraman. According to Vision Systems Design magazine, the team worked in 10ºF temperature using the Leica Nova MS50 MultiStation, which has a mapping speed of 1,000 points per second. Knowing they were going to be operating in such a hazardous environment, the team picked a tool that could give them the accuracy they needed as well as additional features that would prevent any rework.

This particular scanner has an onboard 3D point-cloud viewer, allowing the scanner's operators and members of the team to see exactly what was being mapped. This insight, combined with the tool's automatic focus feature and 30x magnification, ensured the scans were the best they could be. In fact, the MS50 scanner came with numerous features that were beneficial to scanning in that type of environment. The scanner has Bluetooth and a wireless local area network (WLAN) interface, as well as a IP65 enclosure, which completely protects the tool from the external environment, including particles and water. All of the scanner's elements are also protected from the cold temperature, according to the magazine, as the scanner's interface and features have an operating range of -4ºF to 122ºF, which ensured the laser scanner would continue working efficiently even if the temperature started to drop.

The team was able to discover that the mountain's peak slightly reaches a higher altitude than was previously believed. According to the magazine, the team measured an altitude of 4,810.02 meters, a small increase from the last measurement of 4,807 meters.

Having the right tool makes all the difference to measuring environments and terrain. Land surveyors and researchers need to ensure they are partnering with an experienced laser scanning distributor and operator to receive the most accurate data and the biggest return on their investment.

next11 of Virginia's historic sites found to be endangered